It’s ironic that oftentimes the hallmarks of business success (rapid team growth, the addition of new locations and remote employees) are the harbingers of cultural undoing. When teams are small, connections feel organic, almost inevitable. You know everyone, and everyone knows you. As the team grows, it’s natural for those relationships to thin and spread: more and more faces are unfamiliar, communication gets siloed, and opportunities to meet people naturally are fewer and farther between.

So the RevUnit team turned to what they knew would work: fostering connections among teammates that would make a newly large and geographically diverse team feel small and friendly. Mason teamed up with Zak Kurka, Software Engineer, and Kimberly Huntley, People Operations Partner, to launch Donut to the RevUnit team. “We wanted to get to know people we hadn’t previously interacted with,” said Kimberly.

Like many successful cultural initiatives, the Donut launch was pretty organic. “We just said ‘We’re doing this coffee program with Donut, everyone should join it.’ And they did. It was a no-questions-asked thing. A lot of people were feeling like they wanted to spend time with their colleagues” said Mason.

While getting to know colleagues was the primary motivation, early on RevUnit did offer free coffee as an incentive to colleagues to complete their meetings. The program spread between the two offices, and eventually was consolidated with the entire company participating in one channel, regardless of location or time zone. 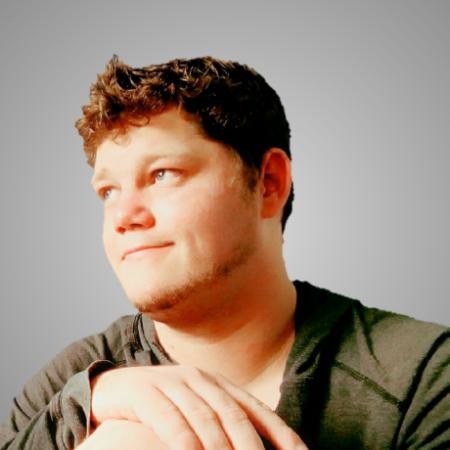 “"As a remote employee, things like all-hands meetings would feel more awkward if I didn’t know people ahead of time. Donut fixes that."”

RevUnit’s #random-coffee channel is explicitly open to all, and was created to make cross-functional introductions for casual coffee meetups. Then Kimberly started getting requests from individual teams who wanted to create connections programs of their own.

The dev team created a #random-code channel for peer learning and code reviews. The product team decided to run intros internally to strengthen bonds and communication. The design team even ran a special challenge in their own channel.

Given the volume of introductions being made on the team, RevUnit needed to find ways to keep people engaged. Rule #1 of #random-coffee is that teammates have to take a selfie and share it in the channel after their meetups.

John Schnettgoeke, Director of Content Strategy, says “people put a lot of time into the post they’re creating, and it’s taken on a bit of a different life. People are constantly sharing things they didn’t know before about the person they met, so you wind up learning things about teammates just by being a part of the channel.”

“ “I had a random coffee with someone where I laughed until I cried. It’s become a cool friendship that I don’t think I’d have made otherwise.””

Selfies themselves have taken on a life of their own. It used to be a tradition to hold up coffee cups for the selfie, but as meetings have gotten creative (think rock climbing for co-located employees, and Zoom for remote ones), teammates have done everything from playing instruments together to doing virtual high fives to not-so-accidentally wearing matching leather jackets.

It doesn’t stop at selfies either: as a team that values creativity, RevUnit’s expanded into custom emojis, special coffee mugs, and even a Donut selfie wall.

Teamwide connections become even more critical when teams are working remotely, which is why RevUnit makes it a point to incorporate new teammates into the #random-coffee fold right away. Zak says “if you have an informal meeting where you get to know each other, you work together better because you see them as another human, instead of a random person behind a screen.”

““Because I’m entirely remote, I remember the first time I was able to take 30 minutes out of my day to have a conversation with someone was so helpful. Multiply that by 100, and collectively we’re more happy.” ”

Making those conversations happen via video chat and preventing them from becoming all about work is even more impactful. According to Mason, “The easy part about working from home is filling in the gaps with work; the harder thing to replace is the conversations that exist outside of that. For us, #random-coffee is our way of replicating that for people who may not be in the office. Yes, all the work can get done, but all the trust you build from just talking about fantasy football or Pokémon – those conversations are hard to replicate in a remote work environment, so making room for them is really important.”

Connect your team with Donut